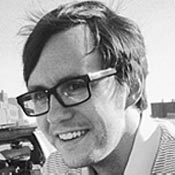 I have always believed that good things can happen if you pursue your hobbies with enough passion and determination. Having said that, I still would not have thought my self-taught Photoshop skills would eventually lead me to become a professional designer. Not very long after I first started to experiment with graphic design, I found myself wanting to showcase my work and allow others to do the same. So I learned to do some basic HTML and formed an online graphic design community called Abstract Influence. Several years later I found myself behind a desk creating website designs for a living. Another facet of art that I have always enjoyed is the art of cinema – which led to the creation of Way Too Indie – a site focused on independent film reviews. On the first day of Spring in 2015 I got married, so my wife and I created a site aptly named The Jansicks to showcase our wedding photos, house construction, and travel adventures.

In a nutshell, that is how I became a self-taught designer, film critic, nerd, and husband.